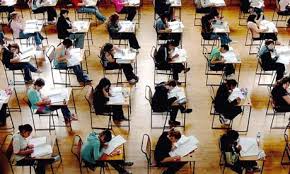 Three families are in court this week because non-religious beliefs are not included in a new GCSE Religious Studies Syllabus.

I agree that there should be some scope within the broad remit of the study of religion to take into account the non-religious beliefs that run alongside mainstream religions. However, these people are going to court over a GCSE syllabus! I’d have thought that the title of the qualification is explanation enough. RS is the study of religions and religious beliefs. Innovative students writing essays about (say) Christianity could use examples of Humanist beliefs to shed light on the way our attitude to faith and religion have changed over time; that would get them great marks. But where does it stop? Darwinism? The study of science in general?

I would understand this much more if it were an argument over an A Level qualification. What we’re talking about here is compulsory education, the point of which (surely) is to give students a general and broad-based grounding in a subject before they either leave school or move on to A Levels.

A Levels are a time for digging deeper into subjects and that should be encouraged on the road to still greater investigation at University.

I myself, with three children in Primary School, had an animated conversation twelve months ago over the school Nativity play. My point was that it was being presented as facts, when facts they are not. No better than any other form of indoctrination. Then I stepped back and realised what an idiot I was being. It’s tradition, it’s fun and as long as children are encouraged to keep an open mind and not forced to replicate the beliefs of their piers or parents, it is a good thing. I want my children to be inquisitive and understand right and wrong, but I also encourage them to believe in whatever they want to believe in, regardless of what I might think.