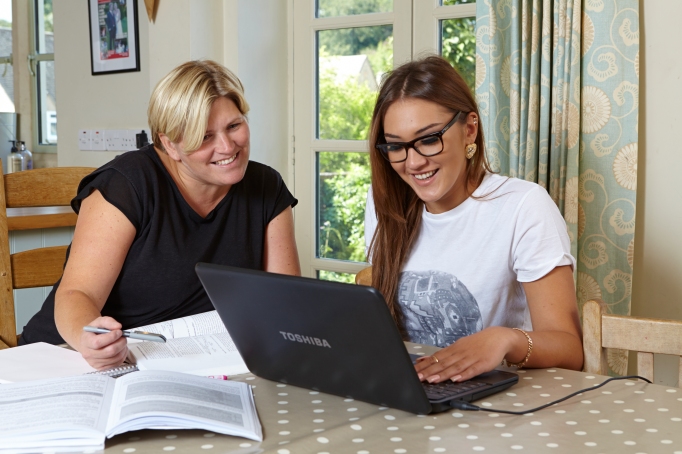 In my thirteen years in the tutoring industry there have been enormous changes in peoples’ perception of tutors and tutoring. No longer is the word tutor whispered with shame over a morning coffee, now a tutor is seen as a positive support mechanism to our children no matter where they are, either geographically or academically. But why has this happened?

But be in no doubt, it has happened. In 2002, when I founded the agency, my ambitions were not to set up a huge company, they were simply to work for myself and use the skills I had learned through teaching to make a career change and take more charge of my own working life.

At the time I was under no illusion that there were hundreds, even thousands of students out there desperately searching for the right tutor; that simply was not the case. But I had seen how a trend had started in schools for parents to ask teachers for extra help on their own time or indeed to ask if they knew of any tutors locally. This was new.

However, back then it was almost exclusively parents whose children were struggling or perceived to be falling behind. It was almost an embarrassing admission of having underachieving children whether that were actually the case or not.

Things have changed. In the past decade private tuition has metamorphosed from a dark art into a mainstream pursuit.

Instead of hushed tones, it is shouted from the roof tops. It has become a badge of honour.

As more parents used tutors for their ‘struggling’ children, more became aware of the concept and realised that tutors could be used not only as a parachute but also as a booster to push their children to the top of the academic pile. Simultaneously in those years the internet began its whirlwind takeover of the world’s consciousness.

And so an industry was born.

When private tuition gradually came in from the cold the role of the agency fundamentally changed. Previously parents only had a few places to look for a tutor and a few other parents to ask. Not anymore.

And with choice comes empowerment. Agencies and tutor lists are springing up every day offering the ‘best’ tutors. It is a growth industry and that brings in more players. Parents are now far more discerning about their choice of tutor, but paradoxically have an ever expanding tutor world to pick from.

Be careful. Use an agency. Use an agency that has met and vetted all of its tutors and use an agency with some longevity. It takes a long time to personally interview and vet thousands of tutors.

Finally, if you find an agency you can trust, trust in what they say. Increasingly parents want to see multiple CVs and arrange interviews with potential tutors. We have been around for a long time and understand the dynamic. We don’t get it wrong very often.

I am sick of devices. iPads, iPods, iPhones, xboxes, wiius, playstations, etc., etc.. After getting my three children to school this morning I realised that the carnage had been slightly less painful than usual. I had nearly cleaned up the mess before leaving and we were actually on time!

An in-house ban on all electricals before school, including television. Don’t get me wrong, my kids are not obsessive about it, they do plenty of sport and other stuff but as an exhausted parent it is easy to let this stuff creep up on you.

It feels like the whole world is becoming virtual with everybody spending most of their time staring at screens. I am just another parent bemoaning the present. ‘It wasn’t like this in my day’ etc.. Just like every generation before this. Much about the internet et al is positive, but it is all too easy to let it overtake you.

My children’s behaviour this morning was subtly different and we had a good laugh despite the stress.

That is not a coincidence.

During my thirteen years in the tutoring industry I have seen an enormous change in the way private tuition is perceived. In the last five to ten years having your child tutored has moved from a dark art to a badge of honour. Granted, my experience is very London-centric, but from what I read this seems to be the case right across the UK – and indeed the rest of the world. Back in the early years of the new century when I founded K & C Tutors there was an element of secrecy and possibly a little embarrassment connected to engaging a tutor. Is your child stupid? Nowadays having a tutor is seen as a strong support mechanism rather than a lifeboat. Because tutoring has become so mainstream many new agencies have been established and inevitably, with the light speed growth of the internet, so have a myriad of websites offering lists of tutors and providing a shop window for individual ‘tutors’ to place themselves in. Be careful when choosing a tutor. Now I’m bound to say this, but using an agency is by far the best way to choose the right tutor as long as correct procedures are in place. Does the agency interview EVERY tutor they offer? Does the agency carry out Enhanced Disclosure background checks through the Disclosure & Barring Service (DBS)? Does the agency check tutors’ academic backgrounds and experience? Does the agency understand the ever changing education system in which they exist? At K & C the answer to all these questions is a categorical YES and it has been since day one. However, this misses one crucial point, our years of experience mean that we have insight and empathy – a CV only tells one superficial side of the story. Much depends on personality and match. Only experience gives you this and we have lots of it. Cost is also a critical factor. An industry that is talked of as ‘booming’ will inevitably attract individuals and organisations keen to get their pound of flesh. One very important thing to remember is that within certain geographical areas (for us it is London) the best tutors will be signed on with several agencies but those agencies will charge them out at different rates. At K & C we charge NO REGISTRATION FEE which makes us very unusual and our prices remain lower than all our immediate competitors. And these are competitors with far less experience.

Schools and teachers are not to blame for social immobility, disadvantage and poverty. This is a grass roots social problem, so blame can really only be apportioned in one direction – towards the Government; past, present and future.

There is an implication here that schools and teachers carry a bias. Teachers want to teach and they want ALL their pupils to succeed regardless of their social status. The suggestion that they can and should ‘do more’ for those with less is insulting to the profession.

The government needs to cut the red tape, unify the system and support teachers better instead of always making them the scapegoats for problems which are totally unconnected to the classroom.

Has somebody with the power to change our uselsess Secondary Examination system finally come to their senses?

Sir Michael Wilshaw is talking sense. But let’s not just overhaul useless GCSEs, let’s scrap them completely and install a challenging, relevant examination regime with a single qualification for each subject. Let’s do away with the nonsense of multiple exam boards at the same time – PLEASE.

We need to do this NOW so that we have a stable system moving forwards. Perpetual change is also very damaging to students and teachers alike.

This is where demographics and governmental aspirations clash. It’s a bit like the rain following the plough. Creating more graduates doesn’t necessarily boost an economy. We need to learn lessons from this with our ever increasing further education sector. We need to help the young develop skills that are beyond the academic. China’s economy rests almost entirely on global consumerism which makes it a long-dormant volcano; who knows when – but it will erupt.

At least here in Britain (maybe tomorrow a smaller one!) we have the opportunity to balance the population and restructure the education system before it’s too late.

As the article says…

“China’s education ministry has already indicated that it wants to turn 600 universities into polytechnics, providing more technical and employment-related courses, rather than academic and theoretical subjects.”

Will this be too little too late?

Surely this is a sensible policy? By reducing standards and allowing almost everybody to ‘pass’ their exams the government has entered into a world where the difference between students is being masked. Not everybody is an academic and that doesn’t matter. Every pupil should be given an equal chance. Gathering people of similar abilities together is surely going to make teaching easier and more efficient. It also introduces (DARE I say it) competition; something that we are surrounded by every day of our lives. Let’s not pretend it doesn’t exist. It’s hard enough taking my 8 year old son to football tournaments where everybody ‘takes part’ but nobody wins. God forbid that somebody should lose!?

Imagine if we had just one body setting examinations for 16 year olds in the UK. The government is constantly looking for ways to save money; printing costs alone would save millions. I don’t think parents and the public in general have any idea of the ludicrous work load put upon Examination Officers these days. At many schools it is a full time job! At many private schools children in the same class will be sitting different exams for the same qualification! Mistakes are often made because of the complexity of so many different papers for the same subjects. Results comparisons are meaningless and standardisation is virtually impossible.

We need ONE body setting the examinations for core subjects at 16 and EVERYBODY should sit identical examinations for each subject. This would save money, raise standards, avoid errors and make statistical comparison of results have some meaning.

Does the government just trawl through statistics in an effort to find a way to lower standards through budget cuts? How can anybody seriously put forward the point of view that larger class sizes will not effect standards? Why can’t the government focus on improvement rather than cost cutting?